The story of Foppiano Vineyards is a family epic full of tradition, perseverance and contributions to the history of Sonoma County and the wine industry. Founded in 1896 by Giovanni Foppiano, Foppiano Vineyards is one of Sonoma County’s oldest continually-operated, family-owned wineries. Our family has supplied northern California with wine for over a century, surviving Prohibition in the 1920s by selling home winemaking kits. We believe that through the strength of the family and a commitment to quality, our traditions can be maintained and thrive. We’re proud to be one of the founding members of the Russian River Valley AVA, and continue to enjoy the fruits of our hardworking Italian heritage. To stay on the cutting edge of quality winemaking, we’ve made important investments in infrastructure and winery equipment throughout the years. The vision of the fifth generation of Foppianos, together with Giovanni’s foresight to purchase land in the Russian River Valley, guides our family into the future while creating a world class wine program representative of our history. 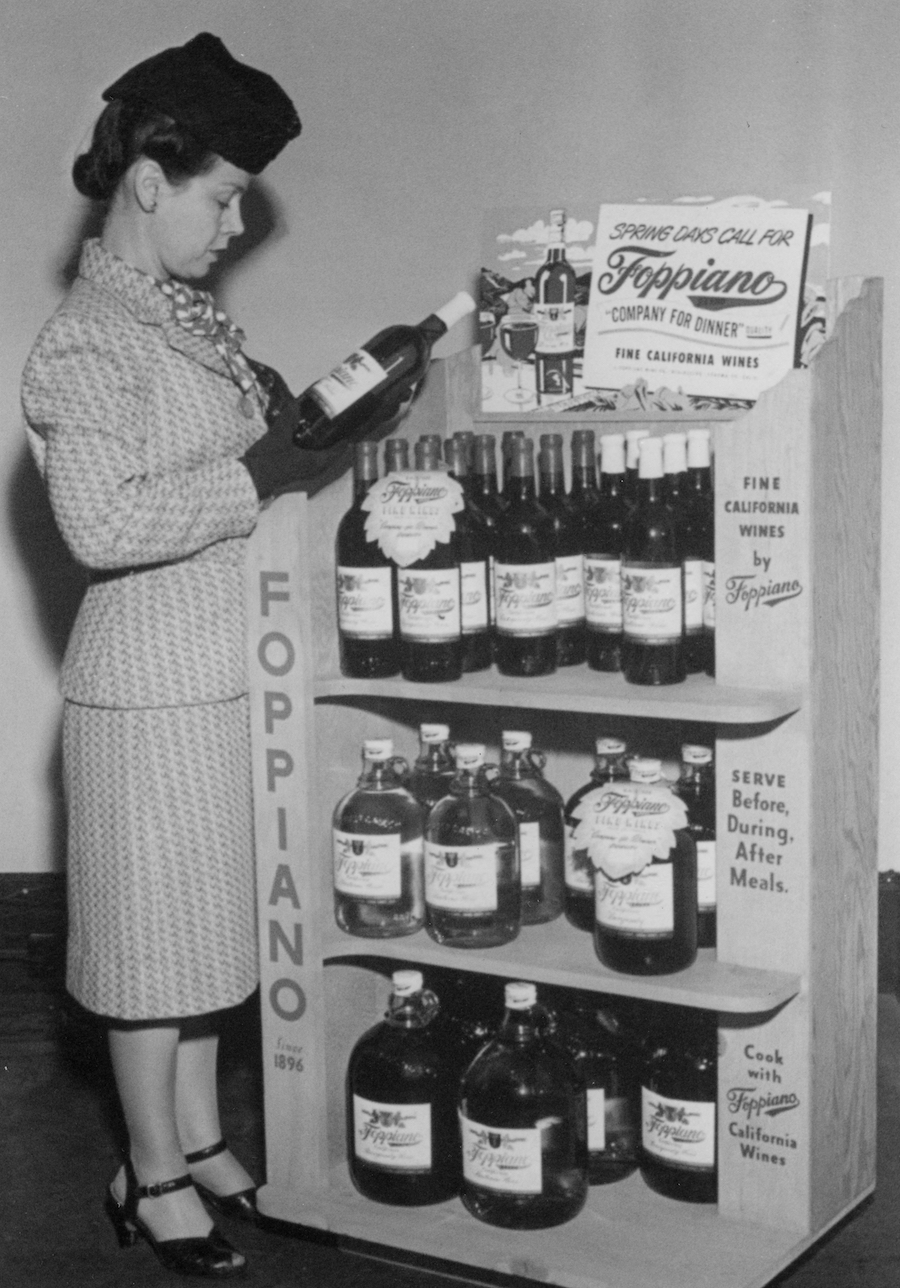 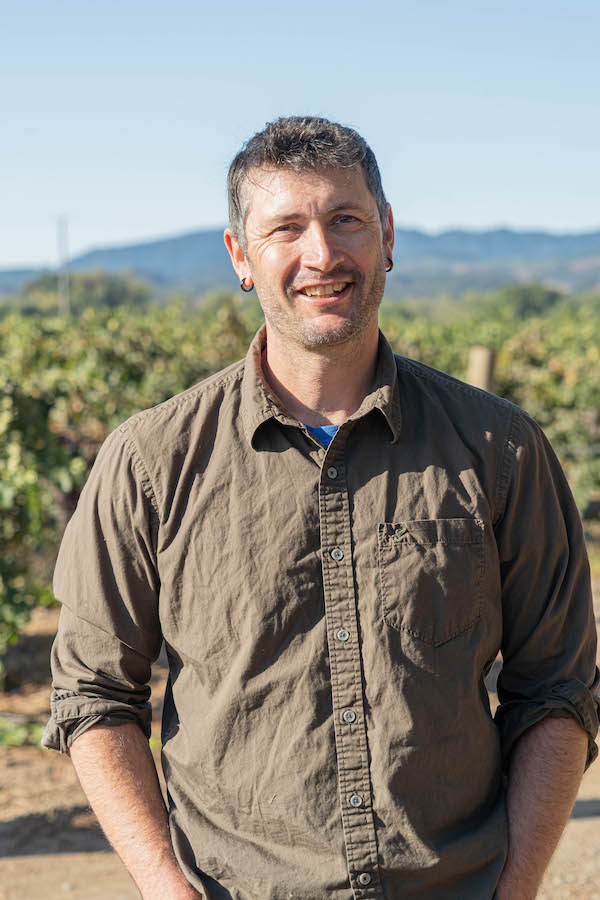 Our winemaker, Nova Perrill, joined Foppiano Vineyards in the beginning of 2015 and embodies the essence of what Foppiano represents: a commitment to quality in the cellar and vineyard. He brings with him not only the knowledge and experience gained from over 10 years of winemaking in Sonoma County, but also a strong desire to continue to enrich and expand the legacy of Foppiano Vineyards. Often times likening wine to art, he recognizes the subjectivity of wine and strives to create a masterpiece that many, from those just starting to explore wine to the ultimate wine enthusiast, can enjoy. After having already earned his Bachelor of Science from California State University San Luis Obispo, Nova had decided to go back for his Master’s degree in Crop Science when he found himself drawn to winemaking. At first attracted by the farming aspect, he quickly found himself intrigued by how, like art, this hands on process could create such an enjoyable end result. This winning combination of education, inquisitiveness, and respect landed him in the role of assistant winemaker and viticulturist at Mount Eden Vineyards where he worked with small batches of award winning Pinot Noir and Chardonnay for four years. Nova soon recognized that to become a well-rounded winemaker he needed to learn more about what winemaking and production involved beyond the realm of boutique winemaking. So in 2008 he moved on to become the Assistant Winemaker at Dry Creek Vineyards where he mastered making quality wine that was more widely available. Within his 7 years there he not only expanded his repertoire but also learned to quickly and accurately recognize which technique could make a wine truly shine. Nova brings to Foppiano Vineyards a very simple philosophy: to maintain the quality of the wine from grape to glass by letting the fruit guide the way. He does this by making sure he “stays in touch with the cellar” and employs the hands on technique that attracted him to this industry in the first place. It enables him to really get a feel for what is happening to the wine throughout every step of the winemaking process. When speaking of the future of the Foppiano line-up of wines, Nova cites not only the quality of the fruit that comes from the vineyards, but also the successful legacy of the winery and family. “Not only does Foppiano have quality vineyards and good wines but it also has a rich history, and you can’t buy history”. 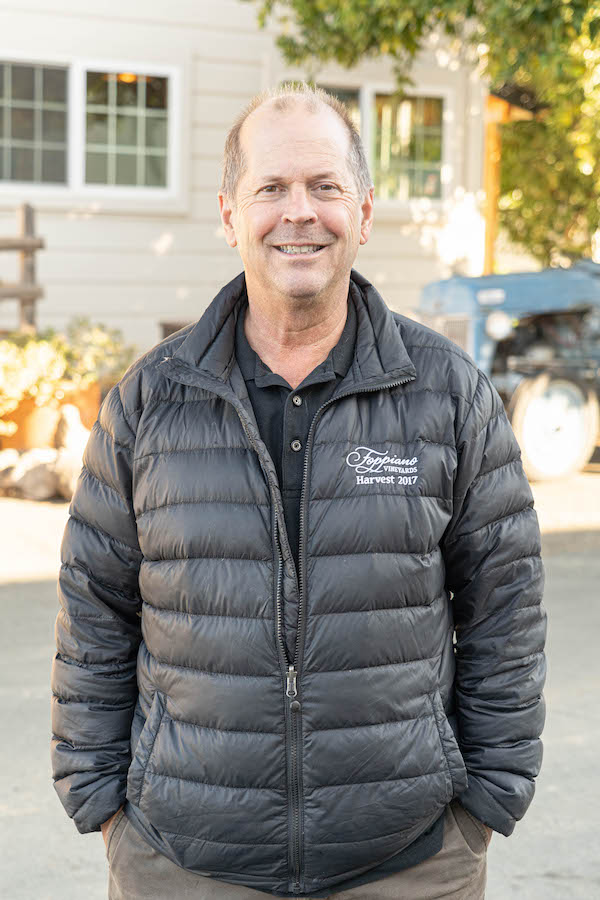 Joining the management team in 2017, Rob brings a wealth of winemaking and management knowledge to the Foppiano Family. Serving as General Manager of Foppiano Vineyard, Rob oversees all the departments of the winery helping the business succeed and prepare for continued Foppiano ownership for many generations to come.

Before joining Foppiano Vineyards, McNeill oversaw the winemaking team at Don Sebastiani & Sons. Rob has an accomplished sparkling wine background gained by many years of experience in the North bay counties of Napa, Mendocino, and Sonoma. He served as V.P. of Winemaking and Operations at Mumm Napa, where he worked for 15 years. Prior to Mumm Napa, he worked for Remi Martin serving two roles: Director of Winemaking for Piper Sonoma, and Production Manager at their alambic, RMS distillery in Napa. His first winemaking position was at Scharffenberger Vineyards in the Anderson Valley. His passion for sparkling wine was kindled by Mumm’s previous winemaker, Greg Fowler, over thirty years ago when, after graduation from the University of California at Davis School of Enology and Viticulture, Rob became Fowler’s assistant winemaker at Schramsberg Vineyards.

McNeill’s wide range of winemaking expertise in addition to sparkling wine includes the production of still wines, particularly Pinot Noir and Chardonnay, making a perfect fit for Foppiano’s Russian River location. When asked to select a favorite grape variety, he is quick to name Pinot Noir, citing its versatility in table wines and brandies, and as an integral component in the blending of quality sparkling wines.

McNeill earned a Bachelor of Science degree in Fermentation Science from University of California at Davis. He has served as a member of a number of different organizations including the American Society of Enology and Viticulture, Napa Valley Vintners, Atlas Peak Appellation Association and Mendocino Grape Growers Associations. In his free time, he enjoys the outdoors, particularly mountain sports. He lives in Healdsburg, California with his wife Linda, and an assortment of animals. He and Linda have two children, their son Robert and daughter Adrienne. 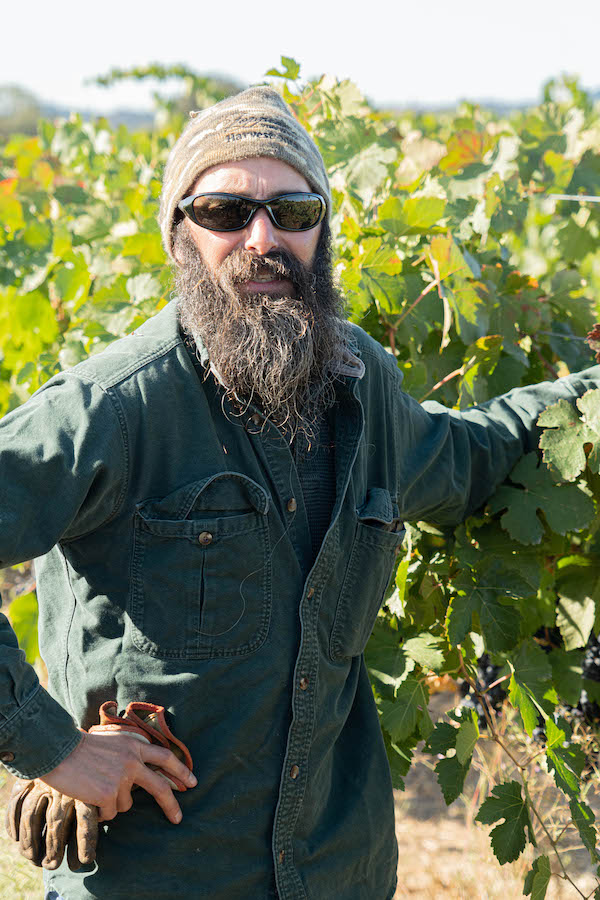 When Paul’s passion for viticulture first kicked in, he went to work with the Demostene Family at nearby Sausal Vineyards in Alexander Valley. Third generation viticulturists, David and Ed Demostene were eager to share their vineyard knowledge with Paul. “At a time in my life when I was really eager to learn, they taught me a lot about farming, and I respect them tremendously.” It’s ironic and worth noting that both Giovanni Foppiano’s family and Manuel Demostene’s family emigrated from Genoa, Italy; and together in California, they continued their bonds of Genoan ancestry, heritage, and friendship.

In 1999, Paul rejoined the Foppiano vineyard operations. In addition to what he had learned at Sausal, his craft had also been refined through Santa Rosa Junior College’s well-respected viticulture program. Paul’s return to Foppiano Vineyards prompted a Renaissance, with a new chapter beginning as the fifth generation of Foppiano became present in the vineyards.

In bringing the knowledge that he had gained elsewhere, Paul’s been able to take
the vineyards to new heights, and is well respected within his viticulture peer group. Today, Paul manages all aspects of vineyard operations and viticultural practices. He works in partnership with Raul Guerrero, who started working for the winery in 1975 and was taught the craft of viticulture by Paul’s father Rod, who passed away when Paul was very young. He has learned from Raul everything that his father had to offer and the union is airtight. The passion he shows spans to each vine, intimately knowing every single vine’s history, growth patterns, and needs. Paul is also keenly looking toward the future, knowing where Foppiano needs to head, and which vine needs to go where on the property, in order to meet the winery’s plans for future growth.

“With about 140 acres under vine, it is our goal to farm grape varietals in a sustainable manner to fit the terroir of our estate property.” – Paul Foppiano 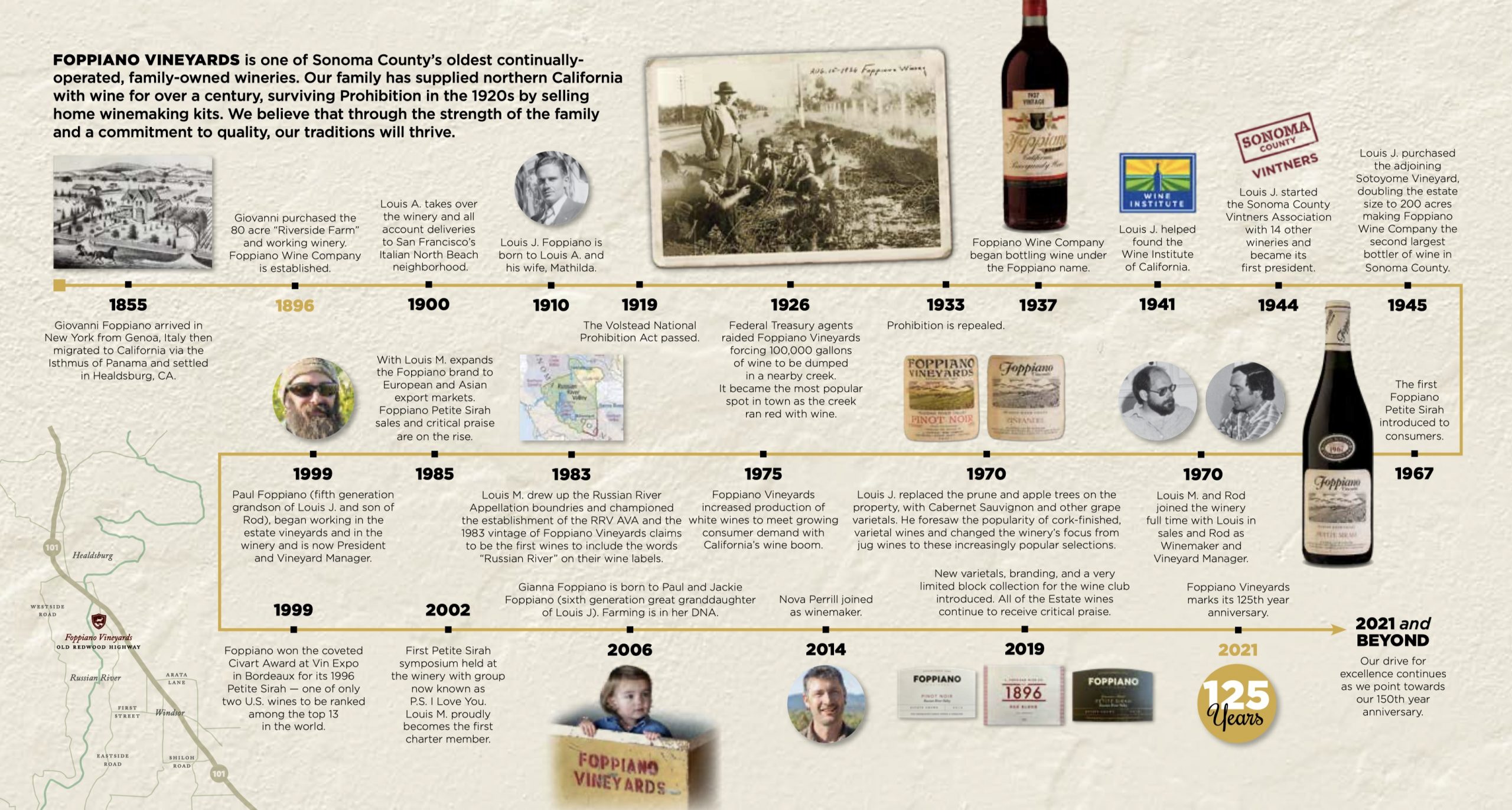