We’re proud of our Italian heritage and our deep, 125+ year roots in the Russian River Valley. Please join us on a trip down Foppiano’s Memory Lane to learn about our family history and winery. 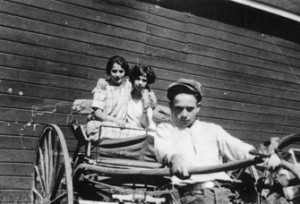 Giovanni Foppiano arrived in New York from Genoa, Italy in 1855 and traveled to California — by way of Panama — looking for the gold in them there hills. He settled in Healdsburg in what will become the heart of Sonoma County wine country. After a few years, Giovanni’s wife, Rosa, gave birth to the first of many boys: Louis A. Foppiano. Eventually, their family grows to have eight children. 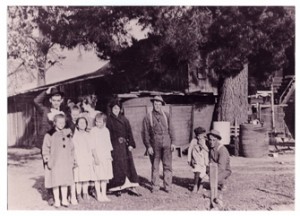 In 1896, Giovanni purchased a working winery known as “Riverside Farm” encompassing 80 acres, just south of Healdsburg. He established the Foppiano Wine Company and became an important supplier of bulk wine to Northern California customers. At this point, Louis A. joins the new family business: winemaking and, in 1900, takes over the winery and all account deliveries to San Francisco’s Italian North Beach neighborhood. Then, in 1910, Louis J. Foppiano is born to Louis A. and his wife, Mathilda.

The Volstead National Prohibition Act was passed by the government in 1919, taking away Americans’ right to drink. It arguably remains one of the most devastating experiments in our country’s history, when many family wineries were destroyed and otherwise law-abiding citizens became illegal bootleggers. To make ends meet during Prohibition, Louis A. turned to farming grapes, shipping to home winemakers in the western and eastern United States. In addition, he grew prunes, apples and pears, all planted among the vines on the family ranch. But the ranch didn’t escape its own scandal. In 1926, Federal Treasury agents raided Foppiano Vineyards, forcing 100,000 gallons of wine to be dumped in a nearby creek. It became the most popular spot in town as the creek ran red with wine. 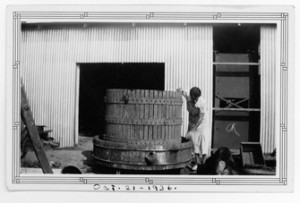 After Prohibition is repealed in 1933, the shrewd Louis J. is ready for business and began selling the 83,000 gallons of wine he made in 1932 (illegally). In 1937, trailblazing Foppiano Wine Company began bottling wine under the Foppiano name — one of the first Sonoma County wineries to do so. And World War II was kind to California’s wine industry — with European wine imports being cut off, Americans turned to domestic offerings and sales soared. In 1941, Louis J. helped found the Wine Institute of California, a powerful organization that continues to give a voice to California wineries and grapegrowers. Louis J. served as one of its directors for 45 years. Later that decade, Louis J. also started the Sonoma County Wine Growers Association — whose purpose is to promote Sonoma County wine — with 14 other wineries and became its first president. 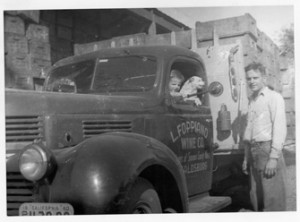 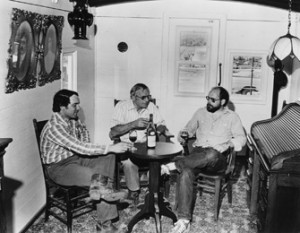 In the mid-50’s, Louis J. began removing the prune and apple trees on the property, replacing them with Cabernet Sauvignon and other grape varietals. He foresaw the popularity of cork-finished, varietal wines and changed the winery’s focus from jug wines to these increasingly popular selections. In 1967, the first Foppiano Petite Sirah gets introduced to consumers, along with vintage-dated bottling of other Foppiano Vineyards varietal wines. The 1970’s brought the sons, Louis M. and Rod, into the winery fulltime — Louis in sales and Rod as Winemaker. In 1975, Foppiano Vineyards increased production of white wines to meet growing consumer demand as California’s wine boom caught its stride. Tragically, and after a long fight, Rod succumbs to leukemia in 1984. 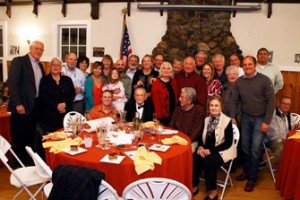 From 1985, sales and critical praise of our high-quality Petite Sirah began to pile up. Louis M. now at the reins, Foppiano expanded to European and Asian export markets. In 1994, the fifth generation of Foppianos, Paul Foppiano (a grandson of Louis J. and son of Rod), began working in the estate vineyards and in the winery. New Petite Sirah vineyards are planted on the estate to accommodate demand. In a nod to Foppiano’s history, research led By Dr. Carole Meredith of University of California at Davis began on the true identification of Petite Sirah; vineyards on the Foppiano estate are included in the evaluation process. The following year, a twenty year vertical tasting of Foppiano Petite Sirah was conducted in London, England to wide acclaim and in 1999, Foppiano won the coveted Civart award at Vin Expo in Bordeaux for its 1996 Petite Sirah — one of only two U.S. wines to be ranked among the top 13 in the world 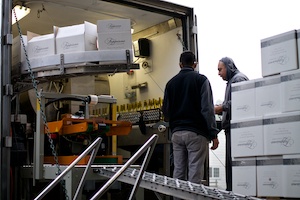 In 2002, Foppiano hosts the first Petite Sirah symposium at the winery. Following the event, a group was formed whose sole function is to support the marketing and public relations effort for Petite Sirah – this group is better known as P.S. I Love You. Louis M. proudly becomes the first charter member.

The 2009 vintage launched the first of two new Foppiano Estate wines, Sauvignon Blanc and Chardonnay, and the bottles are released in 2010 with new branding. Vintage 2011 launched an Estate Zinfandel and vintage 2012 launched a very limited block collection only for the wine club. They include Gianna’s block Petite Sirah, Nonno’s block Zinfandel, River’s Edge Pinot Noir, Della’s block Chardonnay, and Grant Station Carignane. All of the Estate wines continue to receive critical praise.